The Helm of Awe (Old Norse Ægishjálmr, pronounced “EYE-gis-hiowlm-er”) is one of the most mysterious and powerful symbols in Norse mythology. Just looking at its form, without any prior knowledge of what that form symbolizes, is enough to inspire awe and fear: eight arms that look like spiked tridents radiate out from a central point as if defending that central point by going on the offensive against any and all hostile forces that surround it.
Such overpowering might was apparently what this magical symbol was intended to produce. In the Fáfnismál, one of the poems in the Poetic Edda, the havoc-wreaking dragon Fafnir attributes much of his apparent invincibility to his use of the Helm of Awe:
The Helm of Awe amulet is used not only for the purpose of protection from disease but even to encourage all people who might suffer from depression or anxiety.
Тhe magical pendant is made of jasper crystal, engraved with the powerful Hel of Awe symbol. 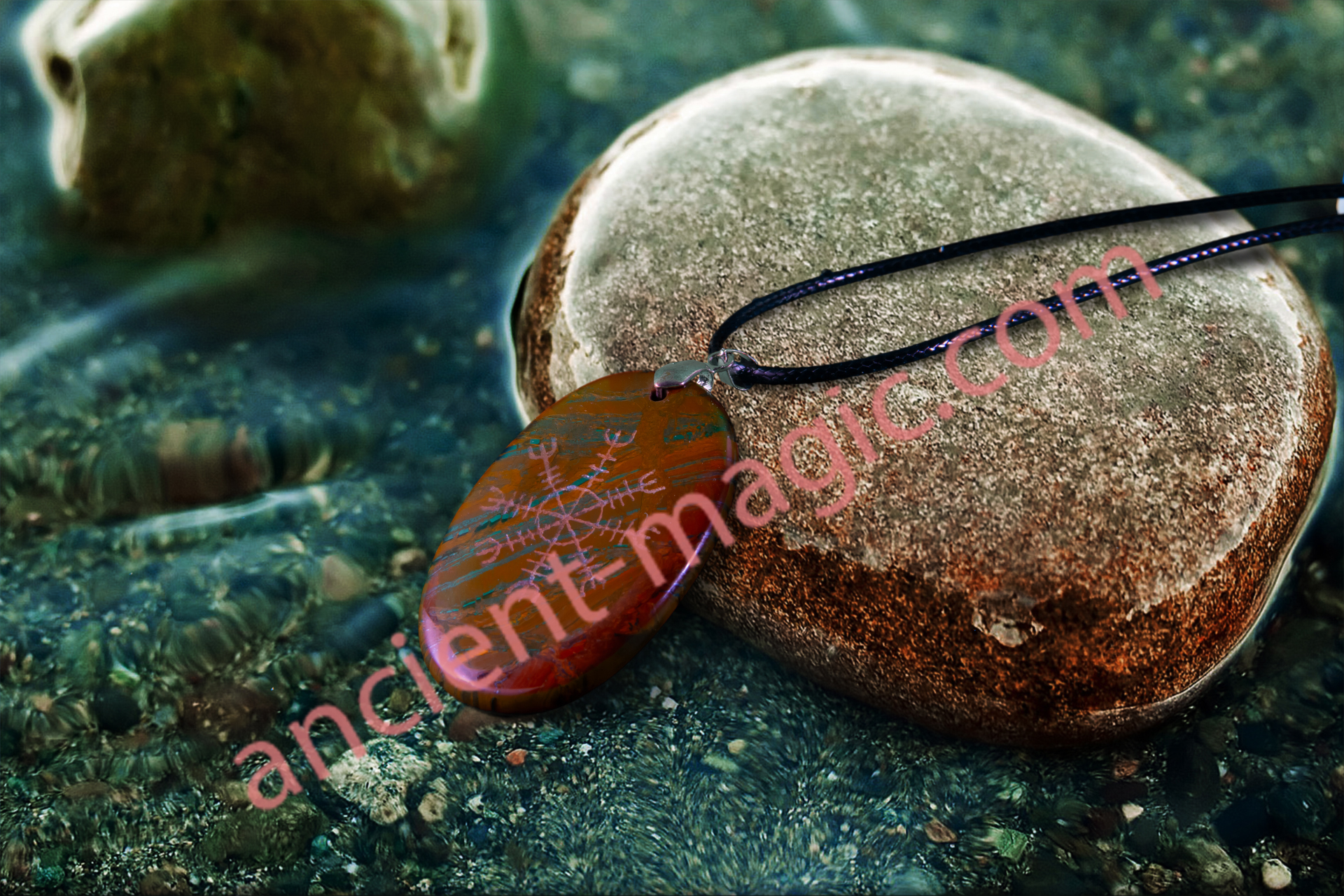 For orders and more information:
ancientmagicandrituals@gmail.com